Alucraft UK has been appointed by Russell WBHO to design, fabricate and deliver the unitised façade for the £40m heritage refurbishment of the iconic Municipal Building on Liverpool’s Dale Street. The grade II* listed former council office is being transformed into a four-star hotel by developer Fragrance Group.

“We are delighted to support Russell’s on this Icon Heritage Project and we are uniquely placed in the UK to fabricate this unitised façade inhouse at our Waterlands Centre of Fabrication Excellence.”

Projects
Copyright All Rights Reserved © 2020 | Sitemap
By clicking “Accept”, you agree to the storing of cookies on your device to enhance site navigation, analyse site usage, and assist in our marketing efforts ACCEPT
Privacy & Cookies Policy 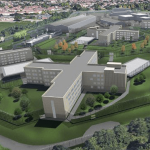 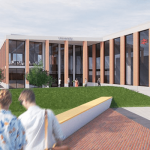